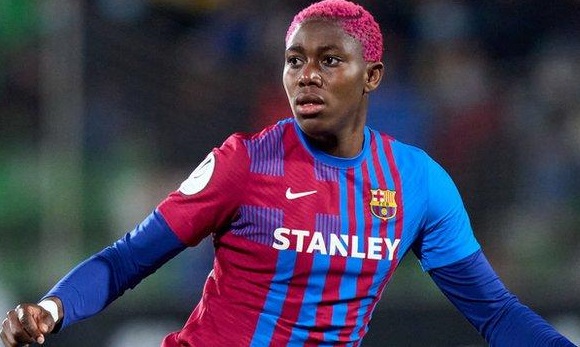 Barring any earthshaking upsets, the duo of  Sadio Mane of Senegal  and  Asisat Oshoala of Nigeria would respectively be crowned yet again as  Africa’s Best Men and Women Footballer of the Year tonight in Morocco.

The 2022  edition of the much-awaited annual CAF  Awards Gala hold tonight specifically in Rabat as the identities of the continent’s best footballers and teams are unveiled .

Yesterday, the continental soccer ruling body released the top three nominees  for all the women and men categories ahead of tonight’s gala with both Oshoala and Mane being on the exclusive list.

Oshoala, the FC Barcelona women’s striker, only in 2019 became the second player ever  to win the continental award four times to equal the record set by her compatriot Perpetual Nkwocha during  her heyday. But she is being challenged for her fifth  African crown by Cameroonian Ajara Nchout Njoya and new entrant Grace Chanda of Zambia. But Oshoala is slightly favoured above other contenders following imperious performance in Europe with Barcelona along with other scoring feats  with  the Catalan women’s team in the season under review.

Meanwhile in the men’s category, Mane who won his maiden award as Africa Best in 2019, will battle this time with compatriot and a new entrant on the list, Chelsea’s shot stopper Edouard Mendy as well as  two-time former winner Mohamed Salah of Egypt.

Incidentally, there is no  Nigerian interest in all the other categories after Super Falcons’  striker  Monday Gift and coach Randy Waldrum were both omitted in the final three shortlist for the women’s Young Player of the Year and women’s Coach of the Year respectively.

Player of the Year (Women)

Player of the Year (Men)

Interclub Player of the Year (Women)

Interclub Player of the Year (Men)

Young Player of the Year (Women)